just came back from louderARTS' weekly slam joint. typically they'll have an open mic, a slam, and a feature poet. tonight, the feature poet was a jerk named jamie. that's jamie dewolf, formerly jamie kennedy. he's from the east bay, white guy, about 30, buncha tattoos, and he prefaces his first piece with: where are all my perverts at? ok, i thought, a poem about sex. not a problem.

not ten seconds into the piece, he starts explicitly referencing hitting his girlfriend, tying her up, choking her, punching her in the face, holding a gun to her while "fucking her from behind"

he manipulated not only the venue, but the art itself, not to mention the fact that he had a perfect setup, rapport with the hostess, and a willing and overall well behaved audience to push his fucked up personal and private preferences into a space to contribute to an environment that was unsafe for women। period. my fantastic partner, who has good sense said: let's get outta here.

we dipped in protest. but why would someone sully such a sacred space in the first place?
Posted by zakia at 2:48 AM No comments:

"the news is making you dumb" 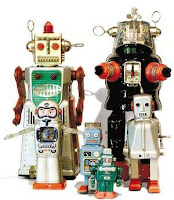 read the ads on the train. and they were right. recently the new york post's cover story read "vile oj...". here's the thing about subjectivity: its inevitable. and that's just the way its going to have to be as long as we continue to be humans and not robots or aliens or chairs or whatever. but that doesn't mean you can't at least try to be objective. attempt to give an unbiased account of actual events. i know, it's just racism, what am i getting all worked up over?
Posted by zakia at 12:32 AM No comments:

welcome to the critically hungry: